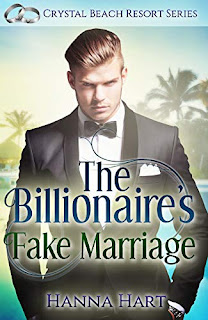 "A hotshot billionaire needs a wife to receive his inheritance. A heartbroken single mother is
looking for the perfect job. Can the two create an arrangement with no strings attached?
Riley Armstrong is single and struggling. She’s at rock bottom after losing her house,
her husband,and -after her boss finds out she’s been living at work with her three-year
-old daughter- her job.Devastated by her husband leaving her for another woman, Riley
is desperate to pull her life back together. When she replies to an online ad entitled
“WIFE FOR HIRE” she soon realizes that being the wife of a handsome billionaire may
be more than she bargained for.
Logan Williams thought he had it all– charm, a dazzling fiancée, and an incoming wedding
inheritance of more than one billion dollars. Until his father dies unexpectedly and his
fiancée breaks off their relationship, shattering his heart and his hopes for riches. Now
struggling to get over his broken heart, Logan refuses to give up his dream-life
without a fight.
In order to receive his father’s inheritance, Logan must be married. Through with relationships,
Logan has decided to hire a wife.
Riley is elated when the charming billionaire immediately offers her the job. There’s
only one problem – the contract says she must not have children.
What harm can a little white lie do to a fake marriage?"

Wow, what a read of what one will do in order to get the money he had inherit from his father.   We find that Logan needed a wife in order to get his inheritance and believe it or not he found just the person he need and that was Riley who just happened to need money in order to provide for Zoe, her daughter especially after she was fired from her job.  So, there is a agreement to a fake marriage, however one of the simulation for Logan was that there would be no children. Why was Logan so against having children?    How will Logan react when all of this comes out about  Riley's daughter Zoe?  Will Logan and Riley who were two lonely souls be able to ever trust each other?  To find out all of these answers you will have to pick up "The Billionaire's Fake Marriage" to see how well this author presents it to the reader.  I will say there will be plenty of twists but in the end the reader will receive a good enjoyable read.