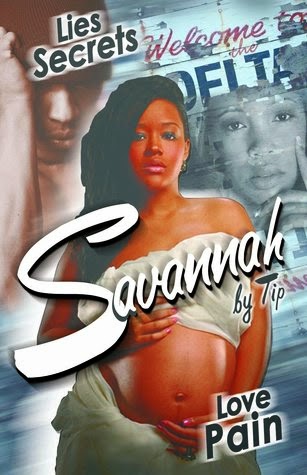 "Savannah Johnson is from a small town in the Delta. She grew up in a single parent home with three older brothers. School was her number one priority. Her best friend De De was all she had when it came to her social life. That all changed one day when she was on her way home and bumped into her cousin. The guy on the passenger side of her cousin’s ride caught her eye. At first she was leary about talking to the guy, but she went against her better judgment and gave in to his charm. What she later found out was that she wasn’t his main chick. She was classified as the side chick and with that, she found things to not always go in her favor. When things began to rock their relationship, she gets the news that would change things forever between them. Will she be able to come to terms with the life she chose? Will she ever become the main chick, or will she remain the side chick with responsibilities. Would she jeopardize her life for the sake of this man, or will she ever become tired of being the side chick and set her goal to become the main chick by any means necessary?"

What I liked about the novel...

I liked this short read that once I start I didn't put it down until I was finished (about 45 minutes).  I did find it somewhat predictable however, there is a message in the read that I hope all the young readers will be able to  get.  I found Savannah a very determined person that from the read you will be able to see her growth of her life's experiences. Most important from the read you will be able to see that Savannah wanted love.  Will she get the happiness she desires?  The author does a good job at keeping the reader captivated and you will get the assurance of trying to understand this main character  of just what she is going through. You may even be able to relate to Savannah.  Will Savannah and Lance be able to have a lasting relationship?  This is where I say you must pick up Savannah to see how this author brings it all out to the reader.   Then, I guess we will have to get part 2 to read the rest of the story. Would I recommend "Savannah?"   YES!
lies love secrets YA read