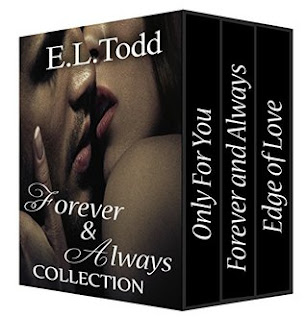 Sean and Scarlet aren’t exactly an ideal relationship. Stupidity and selfishness on Sean’s part lead him to hurt Scarlet over and over again. Scarlet’s naivety and ignorance doesn’t help matters. But in the midst of all the angst is one of the greatest love stories of all time, full of laughter and love, and tears that will make your eyes glisten.

When Scarlet realized Penelope was dumping Sean, her best friend, she was devastated. Penelope was the love of his life, the woman of his dreams. Scarlet knew how far her best friend was going to fall and she had to catch him. Scarlet became Sean’s rock and helped him through a very painful breakup, but her own hidden desires bubbled to the surface in the process. When they finally gave in and slept together, she thought it was the start of their new relationship. Unfortunately, Sean didn’t feel the same.

Humiliated and heartbroken, Scarlet moved across the country and found what she least expected. She rekindled her damaged relationship with her brother, who she hadn’t spoken to in a year, and her brother’s best friend was attractive and interesting. Their relationship was natural and unforced, and she was immediately drawn to him. Would she be able to get over Sean, forget about him, by sleeping with Cortland, or would that just be another repeated mistake?

Now that Sean and Scarlet are together, Scarlet couldn't be happier. They were meant for each other and would make any sacrifice to be together. With her greatest friend as her new lover, their relationship was perfect. But when Sean asks her to move back to New York, she hesitates. She doesn't want to leave her brother after finally reconnecting with him so they agree to make the coast-to-coast trip every weekend. Scarlet wants Sean to move to Seattle but she knows he can't leave his job for her. Scarlet fears that Sean still loves Penelope even though she never questions him about it. When Penelope shows up at Sean's apartment pregnant and penniless, Sean has to decide what he really wants. Will a baby interfere with the happiness that Scarlet has recently found?

Sean and Scarlet are finally blissfully happy together. Their past is behind them forever. But after Sean and Scarlet travel to Connecticut to reveal their engagement, tensions escalate, family secrets are revealed, and an unexpected visitor ruins the weekend. When they return to Seattle, Scarlet refuses to get married at his family estate, which infuriates Sean. Their arguments escalate until another secret is revealed.

Scarlet is full of regret when she realizes she hurt Sean and broke his trust. For the first time, Scarlet is responsible for the pain and the hurt of their relationship. Is Sean’s love just as unconditional as he claims? Will he able to forgive Scarlet for her betrayal just like she forgave him?

Well, I will say I liked it.  I didn't have the privilege to read it but I was able to listen to it from my
Kindle and rather enjoyed the read.  The story was presented in three books put together ...starting with 'Only For You' moving on to 'Forever and Always' and then the third one...'Edge of Love.' I was left thinking what a plot and thought while listening to all of the read that this author did a rather good job in her presentation of the story.  What is even more interesting is to find out that there will be another 18 stories from the 'Forever and Always Collection.' As the story goes on from one story [series] it will tie into the next the read, The readers will get even  more from these very interesting, defined, well portrayed characters as new ones come into the scene.  I am sure that Sean, Scarlet [Scar] and many other characters will have you turning the pages to see what will come next because believe me this whole story is one moving roller coaster ride. Yes, there will be some characters that will have you wanting to pull your hair out while some  others...well these are really some dysfunctional and even hilarious family people.  If you can just sit back and listen as I did and get through the first story and on to the next I think you will be able to see how well this author puts it all together for her readers.  Like I said earlier I was able to listen and understand all that was going on and thought this is really going to be some series when it's over...remember there will be 18 more novels!  Be aware this is a 'adult read' so be ready for lots of craziness along with some hot steamy sex...yes graphic sex! I will say after reading this collection I will be ready to read more of this series by this author.  I do hope that these two main characters [Sean & Scarlet] will find their happily ever after, however I am sure it will be quite a up hill journey getting there for them.  Would I
recommend this series? Yes,only if this is your kind of read.