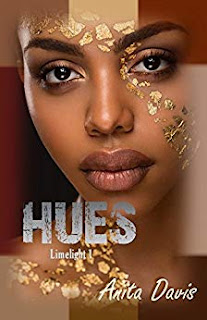 "Supermodel, Liv Summers, better known as Phaedra Winters to her hometown, is esteemed by the industry and her fans for her flawless beauty and matchless runway and shoot presence. Ten years in the limelight and hiding her true identity has kept her from getting close to anyone other than her assistant. Landing gigs, ripping runways, and nailing ads is never a problem for her, but keeping her identity intact and ignoring her growing attraction for a certain photographer is turning out to be the hardest parts of her career to date.
World-renowned photographer, Parker Anderson, has his annual shoot and exhibit coming up during New York’s fashion week. While he’s known to make any subject or setting he captures come alive, no ordinary model will do for him. There’s just one hiccup to making the concept for his annual spread transition from a dream to reality; Liv Summers won’t agree to do it. Not only is he pressed to get Liv to do the shoot, but in spite of vowing never to date another model, the pull towards her is too strong to deny. Will he find the right angle to win her over for the shoot and capture her heart?"

Title: Hues
Author: Anita Davis
Publisher: A.D.
Series: Limelight Book 1
Reviewed By: Arlena Dean
Rating: Five
Review:
"Hues" by Anita Davis
My Rationalization....
What a big secret Liv Summer had as she was also known as Phaedra Winters. What was this secret that Liv had that made her 'struggle with self esteem and self doubt?' What will happen when a photographer Parker Anderson comes into her life? Will this attraction help Liv [Phaedra] be able to break down the wall that has taken over her heart? How will a childhood bully come into this picture and starts creating problems from Phaedra's past? The one thing I really loved about this story was Phaedra's best friend Simone who was their for her through it all.
So, we have a good story that has Phaedra, Parker, Simone, Phaedra's Doctor Johnson, her parents and even a hater that in the end we have a good read of a person who suffered with 'vitiligo' giving the reader quite heartwarming story where beauty is definitely in the eye of the beholder.