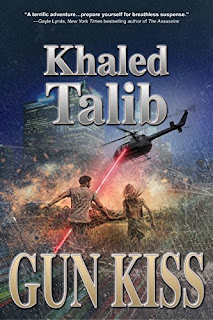 "A stolen piece of history, an abducted actress and international intrigue…
When the Deringer pistol that shot Abraham Lincoln is stolen and ends up in the hands of a Russian military general, covert agent Blake Deco is tasked by the FBI to head to the Balkans to recover the historical weapon. Meanwhile, the United States media is abuzz with news of the mysterious disappearance of Hollywood movie star, Goldie St. Helen.
After Blake’s return from overseas, he receives a tip from a Mexican friend that a drug lord, obsessed with the beautiful actress, is holding her captive in Tijuana. With the help of a reluctant army friend, Blake mounts a daring rescue. What he doesn’t expect is to have feelings for Goldie—or that a killer is hunting them."

If you like a good fast packed thriller read along with some twist and turns, non stop action, some romance, friendship suspense, adventure, drama, descriptive scenery, with a  interesting plot line and even some humor  then you have come to the right place.  'Gun Kiss' involves Blake Deco [ex-military] who not only 'sneaks into Russia to steal back a gun that killed Abraham Lincoln' that John Wilkes Booth had used and hold on as we find him with another job  and that is him getting ready to face a horrible drug lord in Mexico in a 'face off' due to his involvement with Goldie the beautiful Hollywood Star. With this gun get returned to its rightful owner and what about Miss Goldie... will Blake be able to keep her safe? To find out what all this is about you will just have to pick up "Gun Kiss" to see how well this author put this story together as all questions will be answered.

In this well written story there will be certain issues that will bring into play 'sexual harassment, gender inequality and racism.'  Definitely Blake and Goldie story is quite a interesting espionage story. I also enjoyed several of the secondary characters being so well developed and Jack was indeed one that I did like in this story.   In the end the reader will get a good read as the story comes together so uniquely. 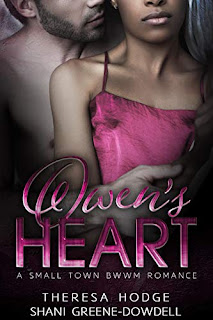 Book Excerpt: " She left me, but I never wanted her to go... He hurt me, so I couldn’t stay. Rania I left my hometown of Prattville, Alabama, a while ago. That was until my aunt Mildred needed me to help her at her Café. I didn’t plan to still have feelings for my old boyfriend that I broke up with his senior year of college. I wanted to avoid him, but he didn’t have it. What do I do when my first love... my only love broke my heart but never mended it? Owen The only woman I ever loved came back to me. Rania just doesn’t know it yet. Once upon a time, she was my everything, but she abandoned the love we shared. I won’t let her go a second time. She means the world to me. Rania is the owner of my heart. What do I do when I come face to face with my one true love? I grab on and never let go." Title:  Owen's Heart Author:  Theresa Hodge & Shani Greene-Dowdell Publisher:   Theresa Hodge  Reviewed By:  Arlena Dean Rating:  Four Review:  "Owen's Heart" by The
Read more 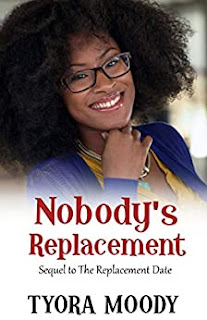 Book Excerpt: " Sequel to The Replacement Date: A Short Story (Victory Gospel Short, Book 1) She’s definitely nobody’s replacement. Donna Madison has been enjoying a whirlwind romance the past nine months with her childhood friend, Maxwell Anderson. Despite her budding relationship, she has fought to reign in her insecurities. Maxwell had a wife and a family before she entered his life again. The occasional tension between Donna and Maxwell’s teenage daughter painfully reminds her of the Anderson family's devastating loss. Tensions increase when an unexpected visitor comes to town. The presence of Maxwell’s sister-in-law, a woman who looks hauntingly like his deceased wife, throws Donna for a loop. Will Donna trust God, or will she make a move that she may regret for the rest of her life?" Title:  Nobody's Replacement Author:  Tyora Moody Publisher:   Tymm Publishing LLC              Series:  Victory Gospel Short Book 4 Reviewed By:  Arlena Dean Rating:  Five Review:
Read more 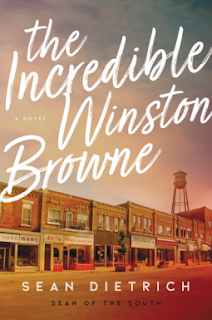 Book Excerpt: " Beloved writer Sean Dietrich—also known as Sean of the South—will warm your heart with this rich and nostalgic tale about community, kindness, and the meaning of every day incredible. In the small, sleepy town of Moab, Florida, folks live for ice cream socials, Jackie Robinson, and the local paper’s weekly gossip column. For decades, Sheriff Winston Browne has watched over Moab with a generous eye, and by now, he’s used to handling the daily dramas that keep life interesting for Moab’s quirky residents. But just after Winston receives some terrible, life-altering news, a feisty little girl with mysterious origins shows up in his best friend’s henhouse. Suddenly Winston has a child in desperate need of protection—as well as a secret of his own to keep. With the help of Moab’s goodhearted townsfolk, the humble and well-meaning Winston Browne still has some heroic things to do. He finds romance, family, and love in unexpected places. He stumbles upon adventure, searc
Read more