Debbie Doesn't Do it Anymore By: Walter Mosley 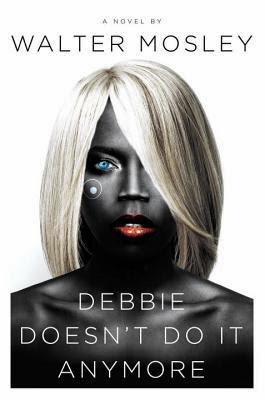 "Debbie Doesn't Do It Anymore" by Walter Mosley...

What is this novel about?

What I liked about this novel...

This author gives the reader one interesting raw read of the pornography industry and the efforts of a woman named Debbie Dare and finding redemption in a  Sandra Peel.  I will have to say this was different from his previous novel...Devil in a Blue Dress (Easy Rawlins Mysteries) in which I thoroughly enjoyed.  Now, after saying that I will say this novel was a good one too.   I found  it was an intriguing read of this protagonist porn star being able to change her previous path of choices of change and even some redemption.  This will be a read of a roller coaster ride and will  keep your attention as Debbie will be presented with discovering her husband dead, sorting out finances and finding debt, handling racism on to setting up an agenda for her new life that was ahead for building a new life. The characters were all well developed, well portrayed and believable.  And as usual this author helps to get the reader  into the soul of his characters. Be prepared for the most part there was a good balance of the sexual and violence content scenes in the read.

What I especially liked from the read...

"Debbie Doesn't Do It Anymore" was a fast mystery read.  Once you start reading you will not want to put it down until the end.  Yes, this  novel is somewhat different from some of this author's other novels  but yet it is again a good one that I would recommend to you.