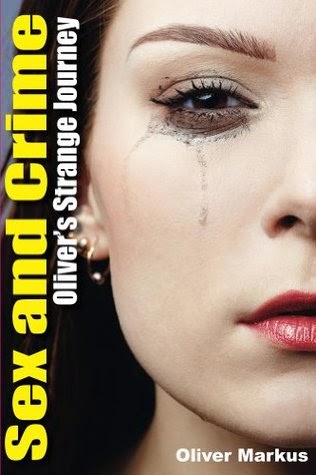 What is the novel about?

"Sex and Crime: Oliver's Strange Journey is an autobiographical book that follows the incredible life of Oliver, a teenage hacker in Aachen, Germany, who is the victim of traumatic childhood abuse and suffers from PTSD. He falls in love with an American girl online, and spends many hours on the phone with her every day for a year, until he moves in with her in New York. After his crazy adventures as a New York cab driver, he becomes a successful cartoonist and goes on to be an Internet millionaire. A painful divorce throws him into a deep, almost suicidal depression, until he falls in love with a heroin addict and he ends up moving to Fort Myers, Florida. As his life spirals more and more out of control, Oliver gets sucked deeper and deeper into the dark world of drug addiction and prostitution.

Sex and Crime offers an unflinching look at the seedy underworld of Fort Myers, that most residents are probably not aware of. It explores the world of online prostitution, the underlying causes and consequences of drug addiction, as well as the shortcomings of the AA 12-step-program and the failure of traditional rehab programs that are utterly divorced from modern medical science.

Along his journey, Oliver encounters a number of female drug addicts and he empathizes with them because of his own traumatic past. He feels compelled to try to help them escape the addict lifestyle, but the end result is always the same. They break his heart.

Despite all its gritty ugliness, there is beauty to be found in Sex and Crime. Oliver never gives up hope that the next drug addict may be different. He never stops believing that deep down every person is good and deserves a second chance in life.

There have been a number of books about drug addiction in recent years, but Sex and Crime offers a fresh, unique perspective. Oliver himself is not addicted to drugs, and yet addiction takes a heavy toll on him, as the addicts in his life hurt him over and over.

His knowledge of addiction is at once intimate and distant. As outsider deep inside the drug world he has a unique vantage point. There's an old saying: "Fish don't know they're wet." Oliver sees patterns and similarities that the addicts themselves can't see.

The book is more than an examination of drug addiction and its harrowing consequences and collateral damage. It is an emotional, deeply personal and often very touching account of one man's struggle with Post Traumatic Stress Disorder, depression, addiction in all its many forms, love and loss.

Although it's an autobiography, Sex and Crime often feels like an action adventure novel, because the events described are so far removed from what most people consider normal every-day life.

The book deals with very dark subject matter, but the author's eloquently simplistic prose makes it a breeze to read. His writing never feels pompous or pretentious. He takes the reader by the hand and gently leads you deeper and deeper into the darkness.

Oliver's ability to recognize his own mistakes in hindsight, and his humble, self-deprecating sense of humor make Sex and Crime a very entertaining read, even when his brutal honesty makes you cringe."

Wow, this was some story that dealt with this person's true autobiography story of computer hacking, drugs, pimps incarcerated felons, slavery, hunger, and prostitution. I liked how this author was able to deliver this story to the reader in that it really was able to give a new meaning to this subject line.  This was definitely a eye opener for me that I will carry with me from this page turning read.   The author really gives the reader a very easy, smooth and even a thriller kind of read and you will be  drawn into the read. The characters were definitely believable and realistic only helping to give us a  good read.   Wow again all I can say is that  I can imagine that this novel was one hard one to write but it was done very well in that it was so well written.  This author definitely give the reader something to learn from  in that it was such an informative and intriguing read with some fascinating stories.  "Sex and Crime" is not for the faint of heart because its leaves nothing to imagination  because it  gets  all up in the mind of a addict.... and it will also give you the look and affect of those who try to help and love them.

What I also liked from this novel....

I like the quotes that were used at the beginning of each chapter.

My Overall  Impression of Sex and Crime: Oliver's Strange Journey...

I thought this was a well written story was simply outstanding definitely not your average read and quite  different from most authors I have read from.  Mr. Oliver is definitely one not afraid of speaking his mind without censorship.  However, when it's all said and done it's quite some amazing  story where you are given a  brutally honest story.  Would I recommend?  Yes, only if you are looking for a different kind of read.


The title has it all