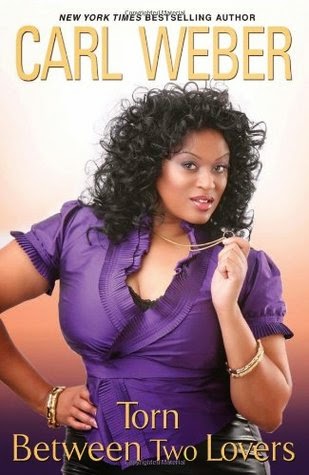 "One of Richmond, Virginia’s, hottest, most successful women, plus-sized diva Loraine Farrow finally wants to settle down with her husband, Leon, and focus on her marriage. Trouble is, her ex-lover, Michael, isn’t about to let her go so easily.But things aren’t so simple with Leon either. Painful issues from his childhood are starting to surface in the bedroom. Leon’s seeing a therapist, but what he’s uncovering could destroy their marriage for good—unless Michael does it first.As Loraine deals with her relationship drama, her best friend, Jerome, is left alone to deal with Peter, a stalker who will stop at nothing to destroy him. Now, four indomitable people torn between love and lust, secrets and lies, will have some momentous decisions to make."

What I liked from "Torn Between Two Lovers"

I thought this author did it for us again and that was giving us a very interesting and intriguing read that I thoroughly enjoyed.  This is a story about Loraine, Leon , Peter, Michael and Jerome that was full of  'twist and turns, tricks, lies and deception.'

I was kept intrigued and I was surprised who this 'Big Poppa' turned out to be  because this author was able to leave some clues but he did a good job in that they were so subtle and really almost nonexistent for the reader to catch it...at least it was for me!

This novel really will hold your attention whether you are reading and or listening till the end.  All I can say is that this author did a good job with this well written story that was so full of drama.  I will say that some of the characters really were quite upsetting  to me at times.  I had trouble with a few characters  but for the most part they were well developed, real and well portrayed only to give the reader  a interesting read.  It left me thinking do you really know who your friends and or husbands really are?  Well, for sure  the main character  wasn't the only one torn between two lover.

"Torn Between Two Lovers" was quite a interesting series.  It left me saying Wow, what a read.

Perfect ending of this series!