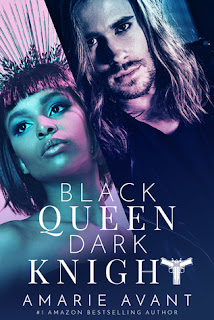 "Jagger Johansson
I was made for pulling the trigger of a stainless steel .357 Magnum. It’s cold and ruthless like me, so I’ve been told by women.Chopping down trucks and rebuilding them was all I was built for, besides murder for hire. Mikayla Bryant is my next target. She’s the princess of a nation, soon to be queen of a South African, island but knows nothing about.But this time, I made a mistake, one that could prove fatal to me. Against my iron will, I became intrigued by my mark and instead of doing what I was hired for, I took her for myself. I needed more than just see her…more than abduct her… more than touch her...... I needed to possess her. All it took was just one taste for me to become addicted. Screw the King who paid me a greatly. For once, money meant nothing. She’s mine!
Mikayla BryantMama’s dead... was a phrase I mumbled over and over again in my native Xhosa tongue when I was found by Child Protective Services. After that night, I became numb from a sordid, deadly past and embraced a promising future. I graduated with honors and planned on attending med school when the psychotic, Jagger Johansson crosses my paths. He yanked me from my safe life and tossed me into a world of want and lust. No sane woman would purposely choose him, but maybe I was never stable. Long hair, tattoos and cold blue pools somehow warmed my soul. I was taken by this beautiful devil, who was just deranged enough to believe me a princess. Truthfully, I’d play any part he wanted me to. But I’m smart enough to believe he’s a Hitman but it does not stop my deceitful cravings. But I need to get away from him... I have to before he takes my heart and ruins me."

This was quite a interesting story that will definitely keep you turning the pages to see what was coming next for Mikayla Bryant as she is taken from the Gianni's Cafe by Jagger Johansson who really bringing it all in on her as she has been kidnapped by this hit man who was a member of the 'X-Member Status [paid assassin].  Now, to get it all about this Jagger Johansson you will just have to read this good read!

Get ready for a long story that will have a little bit of it all in it from loads of action, murder, mystery, drama, suspense and definitely some steamy hot sex, romance and love that will keep your attention all the way through the read.

It was interesting seeing how this love will come to these two[Mikayla and Jagger] who was definitely a alpha.    Now, how will this come about?  This is where I will say you will have to pick up this engaging read to see what is this story  'Black Queen and a Dark Knight is  all about.  I will say at times Mikayla got on my nerves but  as the story continued I was able to understand some of her reasoning..like the reason she had blocked out her memories of her past and she really didn't know herself?  Coming from Long Beach, California [adopted] and ending up in Africa was truly something hard to have had to endure.  What will happen as Mikayla gets her memory back?  Will she be able to let Jagger back in her new life as a Queen?  Will Jagger finally get his 'Uthando Iwami'  in the end?  Well, again to get all of these questions answered and so much more you will have to pick up "Black Queen, Dark Knight: A Bad Boys Romance" to see how well written this author brings it out so well to the readers. I do wish there had been a epilogue of life after a year, however,  it still had a satisfying ending.

Would I recommend?  YES!