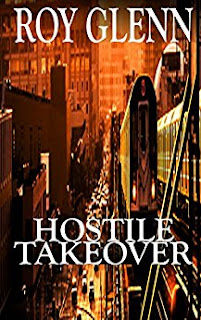 "Mike Black returns to his past to tell the real story; the one you only thought you knew.
Years before he was the boss of his family, and long before he met his loving wife, Cassandra AKA Shy, Mike Black was an enforcer for drug kingpin André Harmon, who ran most of the illegal activity in the area. Those days, he was known as Vicious Black, and he terrified anyone who dared challenge him or André’s rule.
As far as André was concerned, gambling, number running and prostitution were just side hustles compared to the real moneymaker: his drug operation. That’s where young Mike Black saw an opportunity that he could capitalize on. After Black promised that he would more than triple the money that he was earning, André gave Black his blessing to take over.
Violently if necessary!"

Well, all I can say is this author has given the readers another good read about Mike Black.  I loved how we were able to learn even more of this series and definitely of certain characters such as Bobby, Vicki and Freeze.  This story was definitely a prequel to the fist book of the Mike Black series.  When I first read the title I wondered what more could this author give the reader about Mike Black and I see it was definitely done is such a good way showing us 'how Mike Back went from a drug kingpin's enforcer to a partner'  that walked us trough the earlier days of that time.  In other words Mike Back's beginnings of his rise to power.  Be ready for a little bit of it all coming in this action paced read.