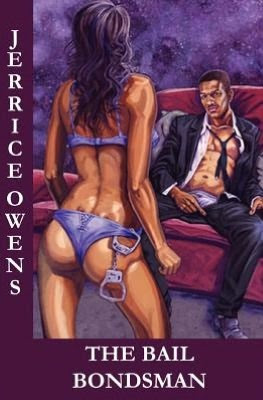 "The Bail Bondsman" by Jerrice Owens was definitely a good novel that you had to really stay with it because there was so much going on.  Drama and more drama but this author does present a well told story that I found it hard to put down, so I read it in on setting.  This is my second read by the author so I didn't know what to expect but I must say it was a some smooth ride, however, there were some bumps.  Just like in real life there is 'mistaken identity, domestic violence  real dogs and hopefully in the end some love.  The two main characters.. Deja and Zack were definitely a couple that had their love tested in more than one way.... but in the end...Now, this is where I say you must pick up "The Bail Bondsman" to see what all this author had delivered to the reader.
There were a lot of characters that you had to keep up with to follow the story but with that all being said...this was a good read.  The cover throw me a little but I have read them all and I am glad I did decide to read this one.  I will be honest with you.  I read this twice because I wanted to make sure I got it all and I did.   Yes, this is a novel for a mature audience.  Would I recommend? Yes, again this is for the mature audience only!